On a journey with Dante

MARCO ARENA – 6 march 2020
Some stories never get old. Rather, they remain relevant, defying the passing of time. In his Divine Comedy, Dante discusses the modern man, the fears and loves he experiences, and the history, religion and politics that constitute the backdrop to his life. 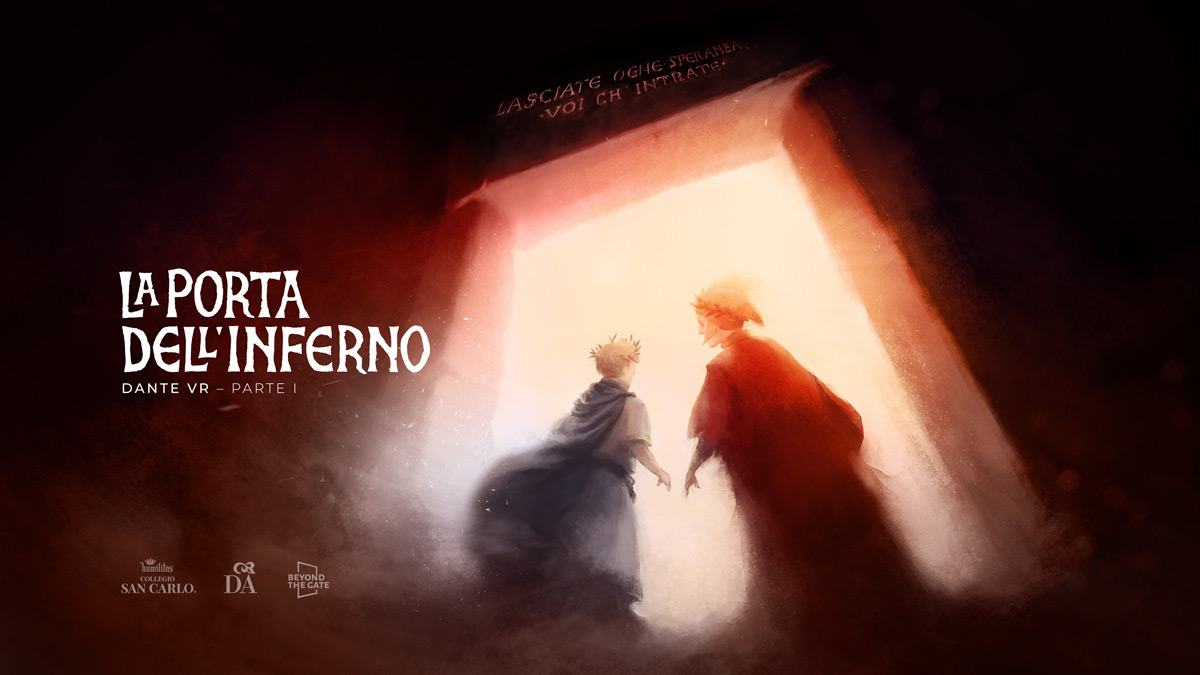 The cover of the game (illustration by Sofia Bolognesi, art direction and lettering by Giovanni Isnenghi).
So potent is his masterpiece that, despite starting off as a manuscript, it becomes widespread beyond Florence and is translated in countless languages. In the 15th century, Botticelli illustrated sections of the Divine Comedy, namely the Map of Hell. Two hundred years ago, lithographer Gustave Dore’s engravings and illustrations of Dante’s journey between Hell, Purgatory and Paradise became wildly successful; thousands of copies bearing Dore’s artwork were sold.
The Divine Comedy has also been a success on stage. Millions of Italians watched Roberto Benigni’s interpretation of Dante’s masterpiece on TV, Tutto Dante, in which the Oscar-winning actor reworked the Comedy to make it accessible to all ages. The extraordinary result has been a commercial success in Italy and abroad.
Promo video for the experience.
Do we need a Dante VR experience today?
The world moves at an ever-faster pace. When Benigni launched Tutto Dante in 2006, smartphones were not yet commonplace, Instagram did not exist, and virtual reality was a sci-fi concept. Today, there are 3,5bn smartphones worldwide, Instagram counts nearly 1bn users, and Playstation has sold over 5m VR headsets. As technology evolves, so does our way of communicating. But because this change is so sudden, it is important to invest in the retelling of humankind’s greatest stories through new media to ensure our legacy is preserved.
Dante VR is the first attempt to translate this extraordinary tale in the new language of virtual reality – an incredibly fast-paced industry which is set to change the world in which we work, study and spend time. Like all successful stories, Dante VR is the product of the work of many. The idea came from a chat we had with the teachers and the headmasters of the Collegio San Carlo in Milan, which we got to meet after their students visited our previous Beyond the Castle experience.
With the endorsement of the prestigious Dante Alighieri Society, the collaboration between Beyond the Gate and the Collegio San Carlo resulted in the first instalment of Dante VR which focuses solely on the first Canto. We relied on what academics call virtual reality’s “feel of presence” (?) to give high school pupils a way to discover Dante by stepping into his shoes and living through the experiences Dante describes in the Comedy’s first Canto. By doing so, we like to think we are following in the footsteps of Botticelli, Dore and Benigni, who each found a way to translate the Divine Comedy into a new, modern language, to make it relevant for the new generations and to ultimately promote the masterpiece at its core. 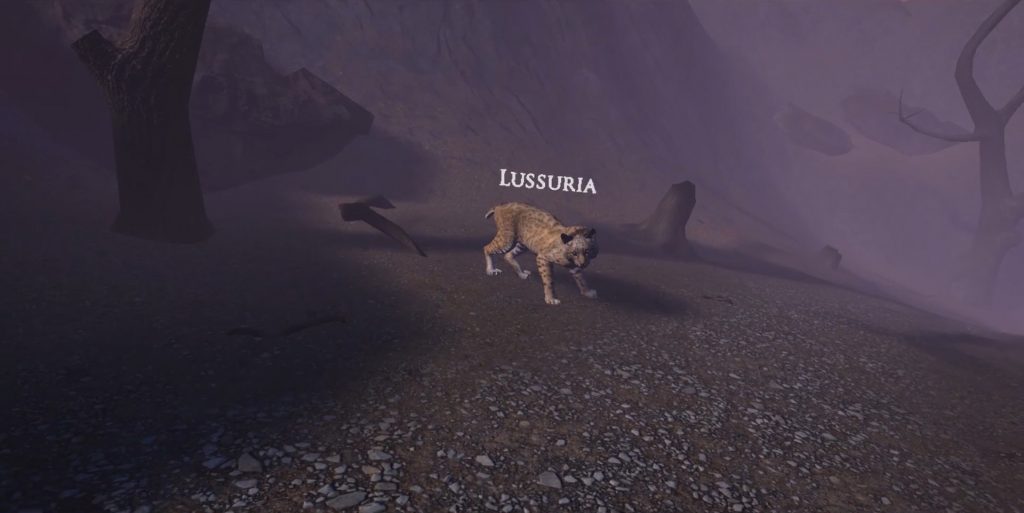 The lynx, one of the beasts that can be encountered in the game.
In the dark forest
‍The final result is an experience that fully exploits VR’s educational potential by creating a bridge between Dante and the student. Players will be able to step into Dante’s shoes, to feel the pain of having lost one’s way and the fear at being faced with three beasts. As is custom in VR games, there are several layers to Dante VR. In the first part, the path snakes around the dark forest until it reaches Hell’s gate, where Vergil recites some passages from the Aeneid. The player may well get lost along the way – but in doing so he or she will come across rare artefacts and small discoveries which will enrich the experience and provide the player with even more detail from Dante’s world. 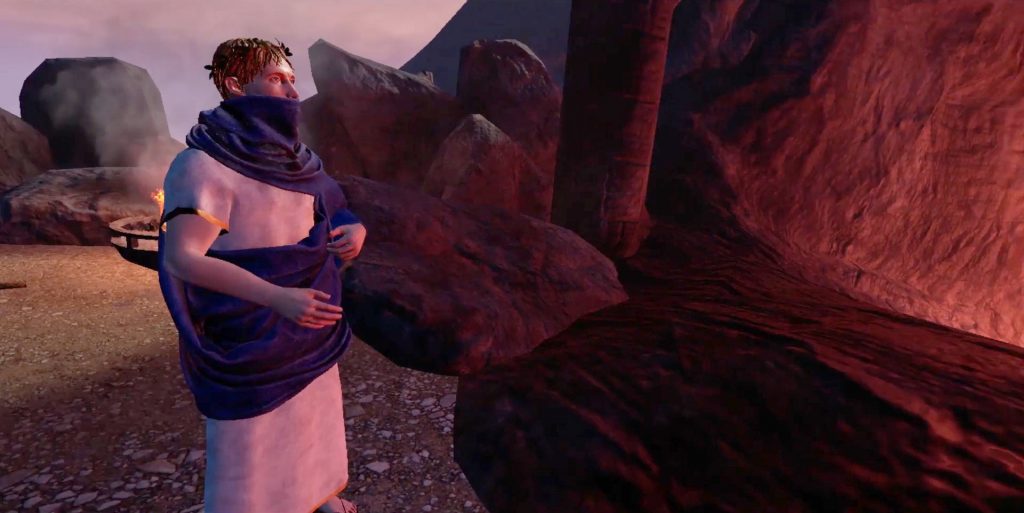 Virgili in front of the hell's gate.
What’s ahead?
‍While developing this experience, we were often struck by the seamlessness with which Dante’s masterpiece can be translated into virtual reality. The journey through Hell, the beasts, the darkness, the colours… they all seem made to be adapted into VR. While the first Canto VR experience we developed for the Collegio San Carlo is currently only available to its students, we are working to find the resources to develop our project further and allow even more people – of school age or otherwise! – to step into the shoes of a medieval poet. Together with Vergil, players would be able to explore the circles of Hell and face demons and damned souls. We want the next chapters to be available to anyone with a headset and access to the most popular VR platforms.
CATEGORy:
Case study

Anything you want to chat about?

If you can imagine it, we can make it come alive!
GET IN TOUCH